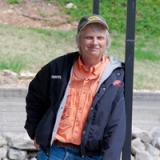 Lake of the Ozarks is premier bass destination

By John Neporadny Jr., February 27 in Lake of the Ozarks