By Quillback,
May 26 in White River

good luck with that!

I will be there.  Somebody has to make sure JestersHK stays in line!   I can bring my little boat if needed. 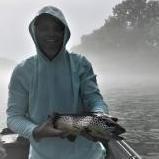 I'm still planning on being there. Will be staying at my place in Mtn. Home. Might need more boats this year to ensure proper spacing. Boat Spacing Something Like This: Fisherman - Cooler ful