Thanks to Aarchdale on his post on the crappie he was catching last week.  The pictures really got me in the mood to catch some.  Got out for an hour on Thursday and caught some mostly small bass.  A couple on a jig but most were on 3.3" Keitechs.  Focused on the steeper banks

Friday, we got out around 9:00 after watching a bit of the Masters.   Still on the steeper banks we started picking up a crappie or 2 on the same 3.3" swimbaits.  When we would catch one, we would stop and cover the area and would pick up a couple more.  Also isolated pole timber would also hold a few but we couldn't catch more than four on one spot.  Lost 4 HUGE slabs at the boat as I forgot to put the net in the boat.  We took a break for lunch and returned with the net.  Wonderful afternoon for mid November and had a good time with the bass turning on in the afternoon.  Same stuff, steeper banks and 3.3" swimbaits.  Lots of SM and spots with only 1 or 2 small LM.  Found some more crappie off a main lake steep point but only ended up keeping 12 after the early losses at the boat.  Best thing is we never caught a short crappie.  all were 12 - 14" and most were over 13".

Saturday had about 45 min in the morning until the rains came.  I was able to catch a bonus 21.5" Walleye for the basket on the same swimbait.  Went out again in the afternoon and continued to catch a few more slabs in the same spots we caught them on Friday.  Since the first basket was fairly full from the Friday fish and early walleye, I added the 9 more to a 2nd basket to all be cleaned on Sunday.

That evening the front came through and thought the house was going to blow away around 3:30 Sunday morning.  I went down to start cleaning the fish around 9:00 and... SOB! the basket with 12 slabs and the walleye had the line severed by the wind on the dock iron!  I just use trot line cord and I guess it rubbed against the dock all night in the wind and sunk!  After a call to my bros to help, we were able to find the basket with a naked jig head and then made a homemade grappling hook with a big treble, padlock for weight and dropped it down to retrieve the basket!  Totally made the weekend as I was so bummed to have those fish just sitting on the bottom.

All were still good and got several bags of filets for a future fish fry.  All and all great weekend and beautiful weather for mid November.  I'll be down Thanksgiving weekend and may be able to see if the crappie are still there and maybe catch a few wiggle wart fish. 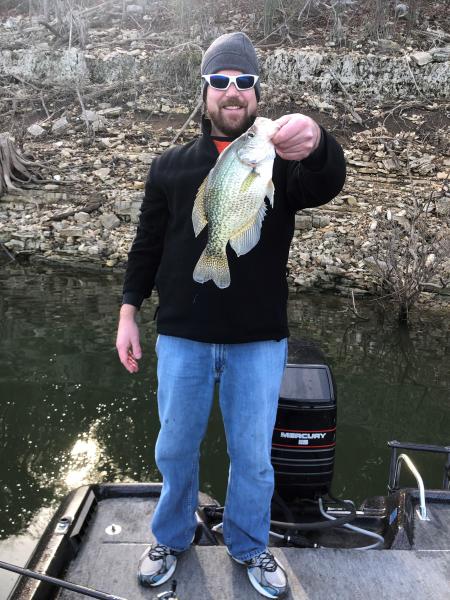 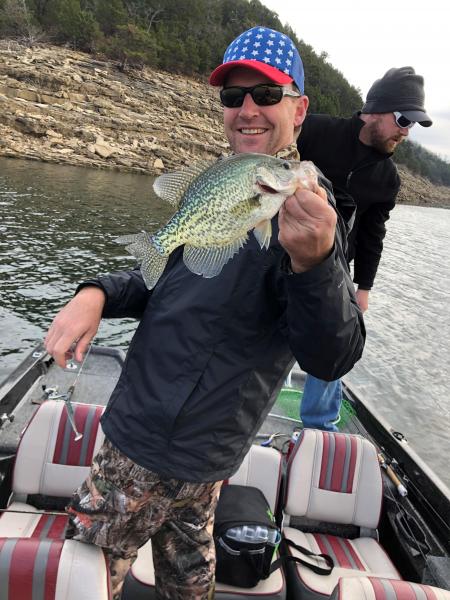 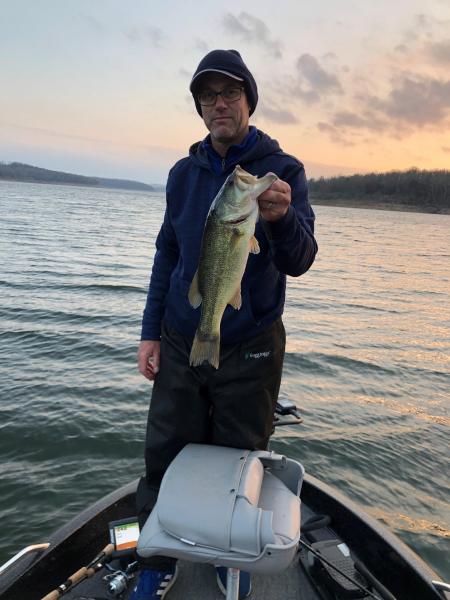 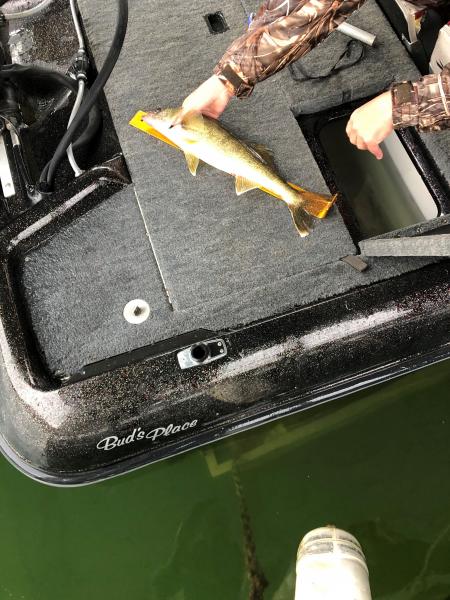