I've taken some time off from writing the Lake Taneycomo fishing report, but then not much has happened to change how our fish have been biting.  The generation rate has not changed in over a month.  Operators have been running between 2,500 and 3,500 cubic feet of water per second (or from a half to a full unit), 24/7.  Water quality is excellent with no major changes in lake levels.

We have, though, received rain in the last couple of days.  The Beaver watershed received the most - about 2-3 inches, while about two inches has fallen in the Table Rock watershed.  And because of the rains and rise in lake levels, we're seeing 2 units running at about 8,000 c.f.s. of flow.  We should see this for at least a week or 10 days. 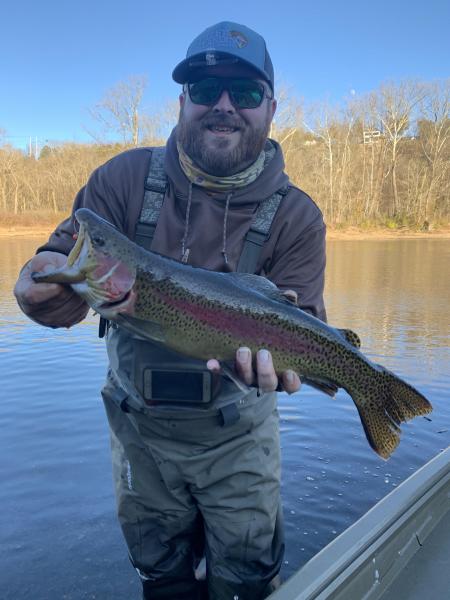 Fishing generally has been pretty good for most anglers.  The slow flow allows for a lot of different fishing techniques to be enjoyed -- anchoring and still fishing with bait, drifting with bait and flies on the bottom, stick baits and flies, throwing jigs, spoons and stick baits, fishing jigs, the pink worm and flies under a float and even still fishing off docks.

The only fishing I've done lately has been for One Cast.  But Blake has been fishing on his own, mainly fly fishing at night below the dam, throwing streamers between outlets #1 and #2.

But Blake and his angler friends have also been throwing stick baits in the same area at night and doing well, catching some big rainbows.  It appears the rainbows are spawning in the lake and up in feeder streams/creeks. 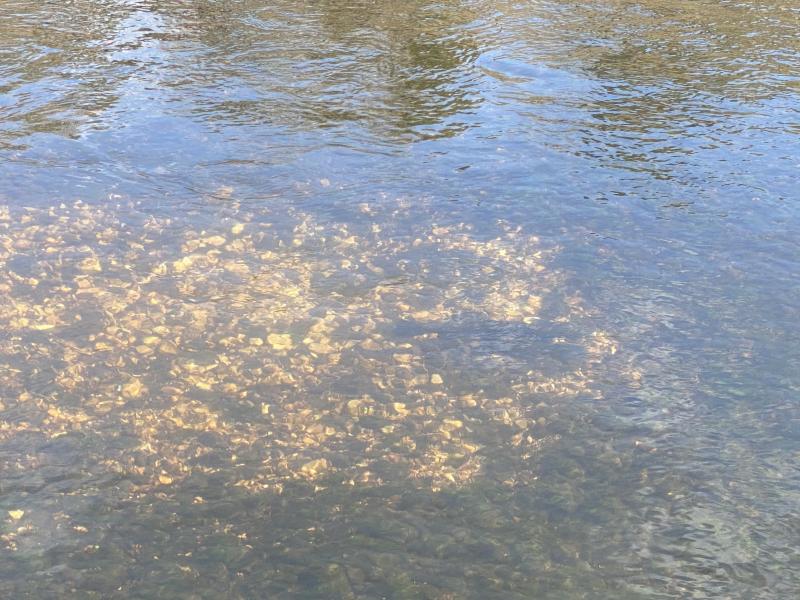 Speaking of feeder creeks, I've been told there's a good number of rainbows actively spawning in Turkey, Roark and Bull creeks.  With the rain Thursday night, the creeks will be high and off color for a couple of days, but after they run out, it should be pretty good fishing.

In the Trophy Area, drifting flies has been the staple for most guides, using red and pink San Juan Worms, #12-14 gray or olive scuds, egg flies or beads and the Mop Fly.

Fishing the same flies under a float, get them close to the bottom.  Use a fly rod or spinning outfit, depending on what you like to do. 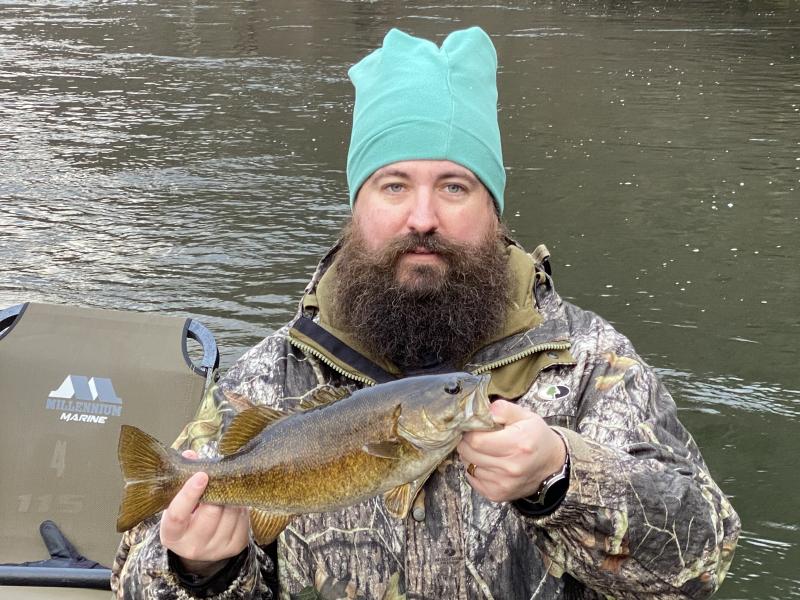 Our trout have been taking jigs pretty well.  Some nice rainbows and browns have been caught on sculpin colored jigs.  Depending on wind and water flow, 3/32nd- to 1/16th-ounce jigs are working the best using two-to four-pound line.  Floating a smaller jig under a float is working ,too, especially if there's a chop on the surface.  I'd go to two-pound line or use a short tippet section of two-pound since our water clarity is really good for this time of year.

We are carrying minnows again.  I've  anchored in slow current and fished them off the back of the boat as well as drifted them on the bottom to catch well.  Along with night crawlers, natural baits will normally catch bigger trout.

Dock fishing has been good.  I recommend using natural, sugar-cured salmon eggs.  With a small #16 treble hook and two-pound line, add just enough weight to get your rig to the bottom in slow current.  Cover the treble with three salmon eggs.  You will probably catch more than your four-fish limit, so when you're releasing these rainbows, just cut the line without handling the fish at all.  The hook will eventually dissolve and the fish will have a better chance of survival.  Hooks are cheap!

We look forward to a great winter fishing season on Lake Taneycomo since there are lots of big, trophy size trout in the lake right now.  Remember catch and release works . .  release bigger rainbows and eat the little ones.  And practice good release techniques - - don't handle the trout but release them as quickly as possible.