Fished all day and ended up with 8 fish, 4 of which were keepers.  Also had one white.  Launched around 8 out of Mutton Creek, water was pretty dirty. Fished for a couple of hours on the main lake around Mutton without a nibble.  Decided to go North to get out of the mud.  All of my fish were caught in the back of Hawker.  Chunk rock banks 15-18 feet and all came on the A-rig.  Water temp was 43-44.  Could not get bit on ned, jerkbait, or jig.  For most of the day it was dead calm with just a slight breeze, then later in the day the wind picked up a bit.  Did not seem to help the bite though.   Was a beautiful day out and got to set the hook a few times, so it was a success.

The water starts to clear up about halfway between Mutton and the bridge.   The really muddy water in the main channel is a bit warmer than off in the creeks.  It was 48-49 and then would drop to 43-44 once you pulled off into a cove. 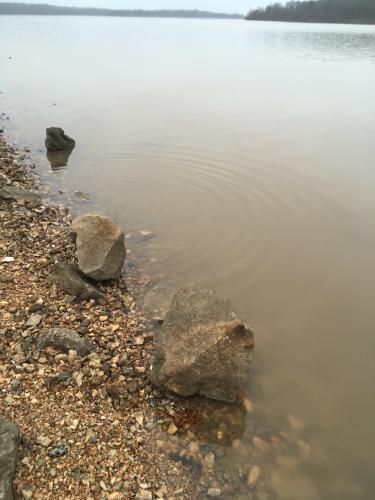 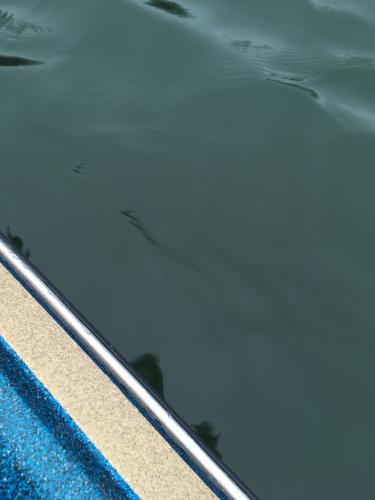 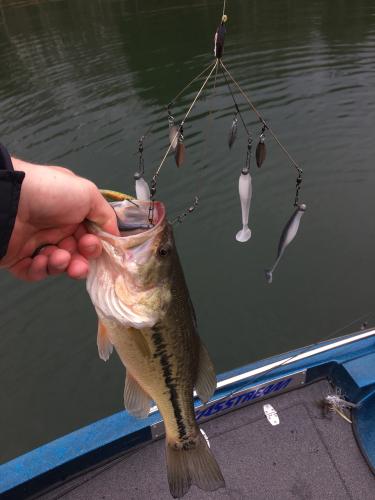 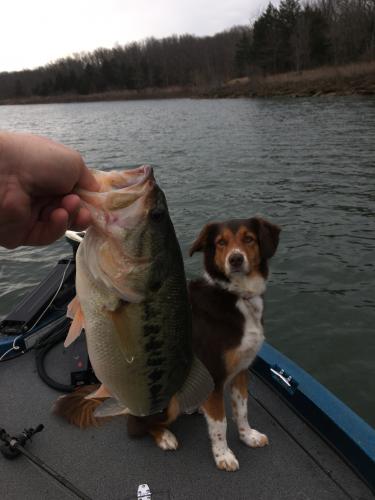 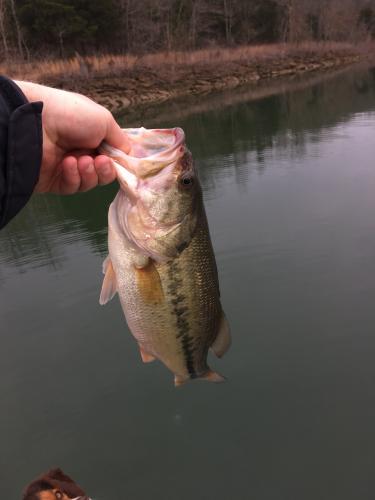 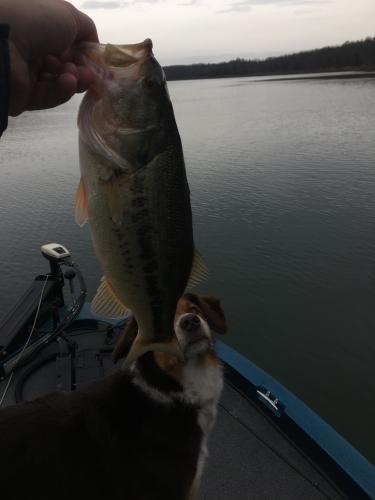 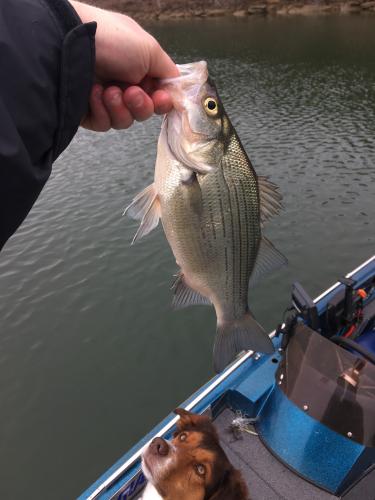 Banks like this were the only places I could get bit.  The real chunky rock on a steep bank. 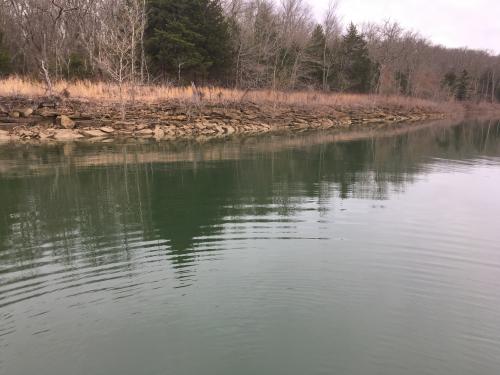