Decided that enough was enough and tried to find them shallow yesterday.  Started by putting in at the sons creek access. The lake is high enough that you can’t see any stumps, but they are still there!  Hit a couple of my favorite spots but caught 0 crappie. We did catch some nice keeper largemouths and a few whites, but we were after some crappie.

Made the decision to load the boat up and go launch at CC.  Tried fishing out of the wind and wasn’t catching anything.  Went the north end of a cove where the wind was really beating us up, and we managed to find some crappie up in the brush. Ended up with 9 (3 females), all caught from the same place, all were keepers. Found water that was 54 to 59 degrees in the coves, and there had to be more crappie around, but the wind made it impossible to stay on them. Bite was really light on minnows. Threw all sorts of jigs but caught nothing on them.

if Mother Nature would ever straighten out, the spawn just might kick off, but it’s probably still a couple weeks out. 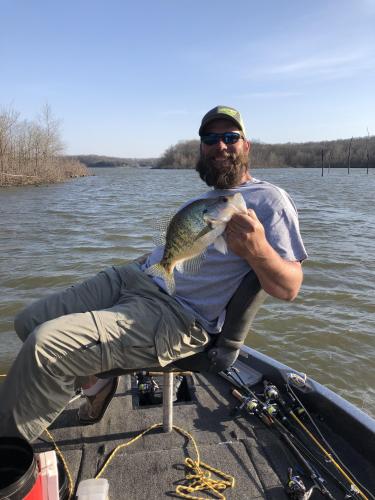 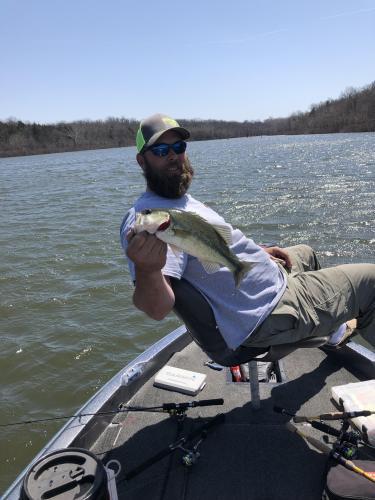 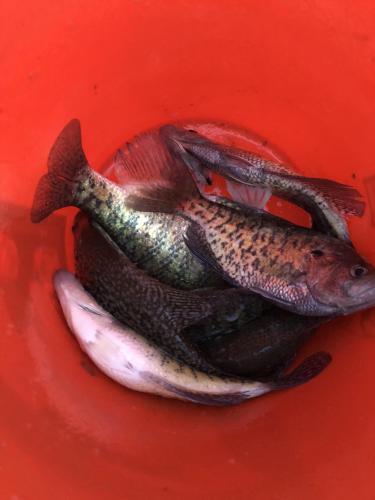