We always come down from Michigan to share your beautiful lake and fish the Aunt's Creek Association Buddy Tournament.My buddy Dale and I came down last week Friday. We had just got the news that the tournaments were called off. We each drove our own boat and trailer down with planes that our teammates would come later to join us in the tournament. We also expected four others to join us. Then the Coronavirus stated getting more people infected and shutting down more stuff, everyone else decided to stay home.We figured we could socially distance ourselves on Table Rock, so we have been fishing out of our own boats, trying to stay within a mile of each other the past week. we fish about 6-8 hours a day, and compare our catches and stories. The first day, 3/21, was very tough. I caught one 2.5 pound largemouth and Dale got skunked. The next day we stayed between point 9 and Aunt's Creek. I caught a 3.5 pound smallmouth and a Spot. Dale caught a ball Spot. I believe it rained in the morning on Tuesday. We fished the Aunt's creek area again. I had five keeper smallmouths and a 40 inch Striper. Dale got skunked. The next day, we took a ride up the white towards Campbell. I caught 14 spots, two smallmouths, and two largemouths. Dale had 12 spots and two smallmouths. Next day we went to Kimberling City. I caught Two nice smallmouths, three 3 pound largemouths, and a nice spot for 17.68 pounds. Dale had a nice bag of four smallmouths and two spots for 16.86 pounds. We are kind of competitive. Thursday we went up the white again, and I only had three keepers, but one was a 3.65 small jaw. Dale had about a dozen, with a couple of smallmouths and the rest spots. Today we went back to Kimberling City and Dale had seven with a couple of real nice spots, one over 3 pounds.I had five fish, buttony three keepers which include a couple of small jaws, and a big spot. The majority of the fish Dale caught were on a 5/16 round ball jig with a smoke/purple Yamamoto 4 or 5 inch grub, or a 3 inch Kalin Grub.Keeps his boat in 25-30 feet and makes a cast award shore and slowing reels it back, trying to keep it near the bottom, without getting slimed.Most of my fish were caught on swim baits, using a 1/4 ounce Shin Spin jig with a 3.8 Keitech. I also caught a few, including the 3.65 smallmouth, on the 5/16 jig with a 2.8 keitech. The day I caught the Striper, I caught all five keeper smallmouths on a finesse A-Rig thrown very close to the flooded bushes. Much like a spinner bait. I tried a spinner bait, but couldn't get bit on it.Trying to decide where to fish tomorrow. Still haven't caught a big bass(I did lose a five pounder on Tuesday) Tried to net it by myself, and I should of boat flipped it. Glad it wasn't in a tournament. Still would like to have a 50 fish day. but with the water levels going down, I don't think the bite will turn on. We are leaving early Monday to head back to Michigan. Good luck everybody. 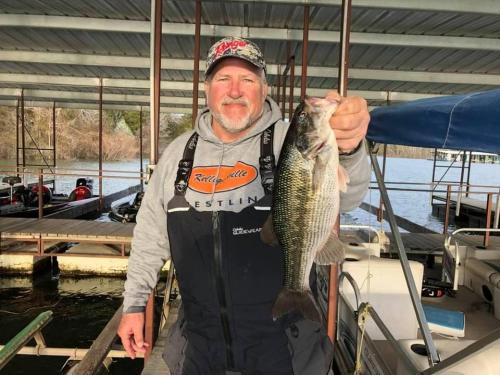 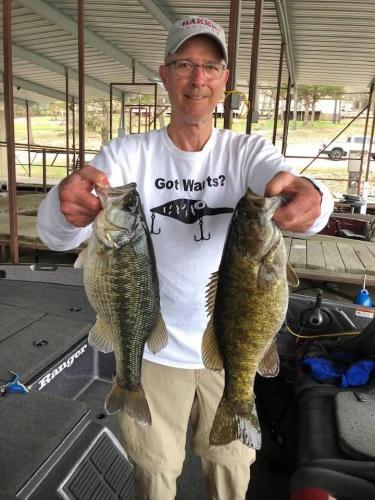 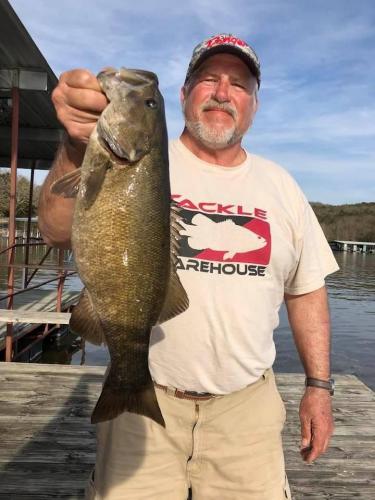 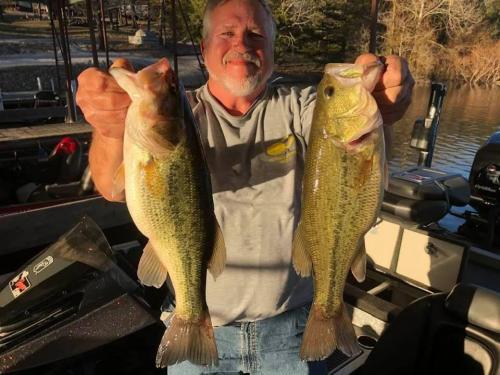 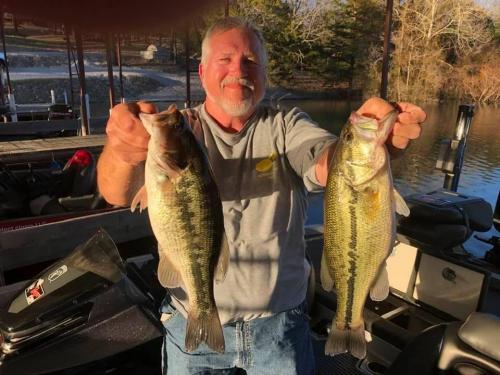 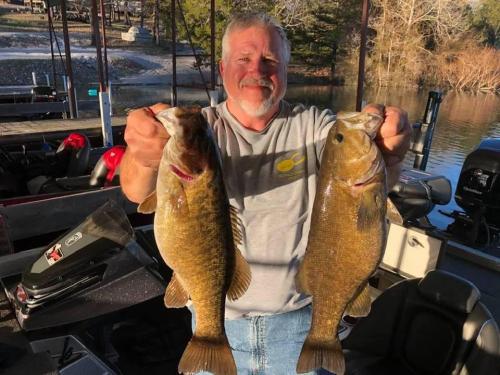 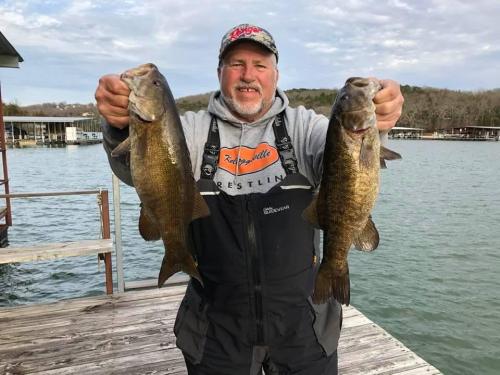