Got out at dark thirty this morning and went to one of my favorite gravel flats.  I marked fish all over the flat from 20 - 28 fow.  Water temperature was 83 degrees.  Although I was marking fish as soon as I arrived, no joy until about 7:15 a.m. at which point the bite was aggressive on the the drop shot.  Given Bill B. recent post I wanted a jig bite but that would not work for me.  Tried the GPO and dark colors as well as well as the Big Wobbler and Grass jigs watching carefully for that slack line deal.  The best bite came from fish at about 10 feet that followed the bait on the fall.  I stayed in the same area because I had to leave shortly to take my daughter to volleyball.  Caught 4 in a short time including  this nice Spot and SM.  The SM was 18 inches.  My guess is that similar flats would produces at well and th bite would have continued for awhile.  Cool enough boat ride that I needed the sweat  shirt. 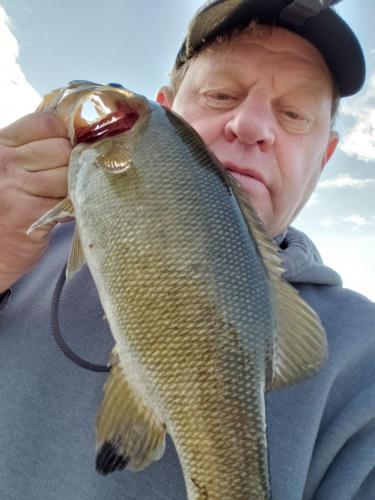 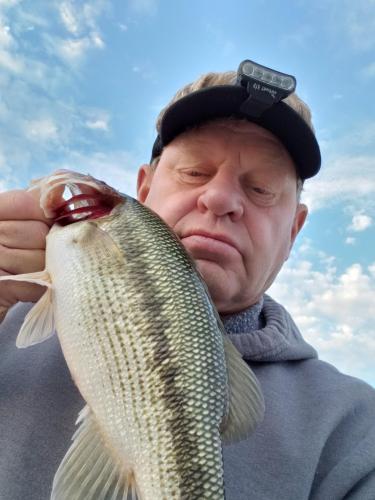