Out early on the Upper End

Right at 5:30 this morning I was the first boat out of Holiday Island. I ran down lake to a flat I have been fishing for years and pulled up to one of the two better areas on the flat.

On my third cast with a small whopper plopper I was short stringed by a healthy fish. I had no others (I only bought one) so I switched to my custom Top Dollar, Thanks again Hughsey.

In the next hour I caught around 15 fish, lost nearly that number, and had as many blow ups that did not connect. Most were small spots but once in a while it would be something different. The best spot, the best largemouth, and my only meanie are pictured below.

Around 10:30 I was bobbing more than fishing, so I came in. On the way in I saw two things of note. I saw I guy on plane in a bass boat in an area where the wake boats had chopped the water pretty badly. He had a women riding on the front deck in a pedestal butt  seat. I assume it was his wife and concluded he either had a ton of insurance on her and wanted to get rich quick or he wanted to marry someone else and a divorce would take too long.

The other item of note was a PWC with three people riding. Each had a greater girth than my own. The machine could not plane and was plowing the water. 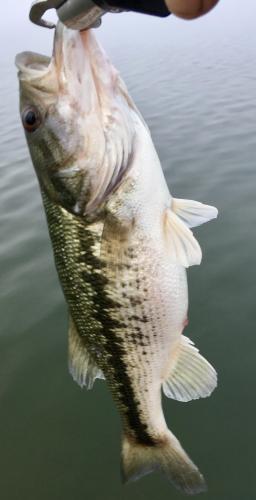 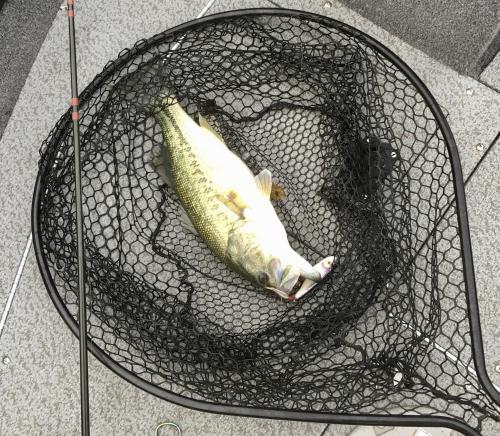 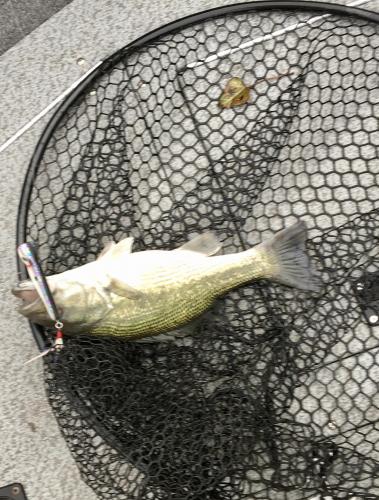