here are the main three weapons that have just wrecked the bass this summer.  pic #1 is the 3/4 GrassJig.  that one Bluegill color which has been working daytime also.  produced 4 keeps before dark last night.  pic# 2 is the Elite Mega Blade (aka big wobbler) in a 1 oz.  last night the big wobbler did more damage than the other two.  just never know from one night to the next which one will do the best.  pic # 3 is the 1 oz. Elite Black Widow.  on monday night it was doing most of the wrecking along with the 3/4 GrassJig.

last night was flat out a catching fest.  way over 20 keepers.  leonard's brownie was the biggest, but had a lot of 3 lb. brownies.  we did get two nice lmg's and two big k's.  one thing that was different last night was the fact that you might get bit in 15 ft. and the next cast get bit straight down 30 ft.  so, lots of variation in the fish positioning in the same area.  they were, however, very grouped in that you would catch several from a small area, and the best areas were still back in off the main lake, especially the better quality.

as you can see, i used three different colors, blugill, missouri craw, and junebug.  leonard had on black and blue.

too bad it is going to start raining friday and into next week.  i was looking forward to get linda out friday night and let her have some fun. 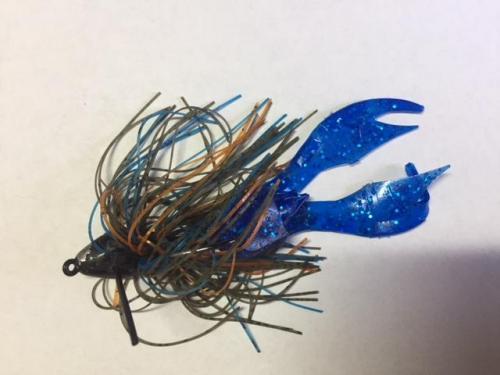 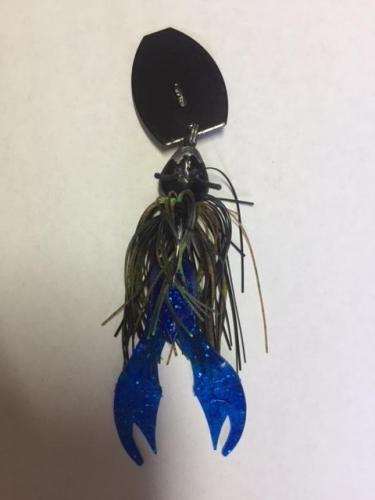 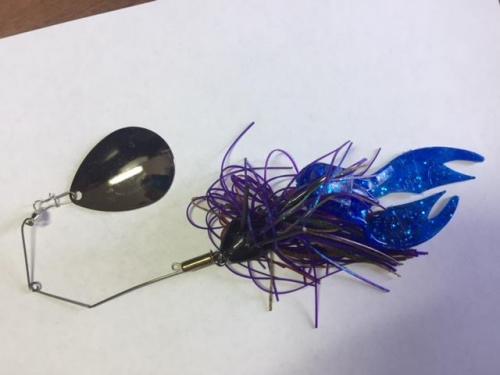 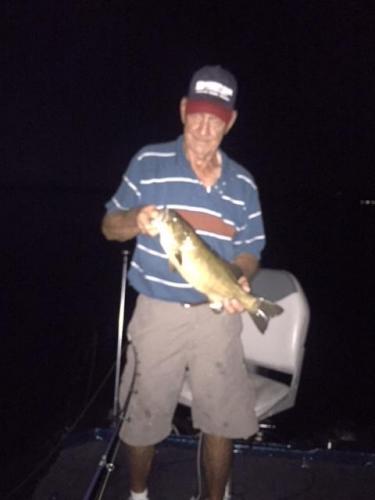