Went with a neighbor and a couple of his friends and fished at Cardiac access.   I dont know if I would go again.  I realize that I am out of shape.   The three of them entered the river and crossed at the end of the trail.  The water was putting their waders to work, as it was chest high on them.  I tried to follow but the current was strong  and I decided otherwise.  I stayed on this side of the river.  We fished the hole, and had no success.  There were a few browns caught close by, but nothing of significance.   My first fish was my first brown trout, ever.   I walked up high and found another entrance at a gravel bank up river.  That was where I caught mine, behind the other 3. It was on a black and chartreuse jig.  Unsure on the weight.   My second was a rainbow, (look at the blue lines, anyone know why?).  That would be all I would catch.   We made our way up river crossing back and forth.  I was able to handle the current, but was uneasy at times.  My neighbor was trout fishing for the first time.  He bass and cat fishes, but has never trout fished.  He was still smelling the skunk after everyone else caught at least one.  He was casting in great looking areas, working his jerkbait well, just couldn't get one on.  He did finally get one, (after quoting "go trout fishing,  they said.  It'll be fun they said" many times.).  I believe it was a rainbow, he tried to bring it to the bank, as I lost my net about a quarter mile back. It got off right next to him.  He was not able to touch his first caught trout.  Not long after he was able to catch another one, after catching and landing a rock.  (He would catch 2). He later caught a rainbow, a shad, and a smallie.   All in all, a good day.  Some swift water, somewhat inexperienced current fisherman, and some good luck.  The other two caught upwards of 20 fish, good size.  They made it almost to the park.  My neighbor and I stopped at Dry Fork Creek.  I think if I make that trip again,  I would like to shuttle from the park to Cardiac, or vise versa.  Hiking in, battling the current, and hiking back up was a challenge.   Maybe I should just get in better shape. 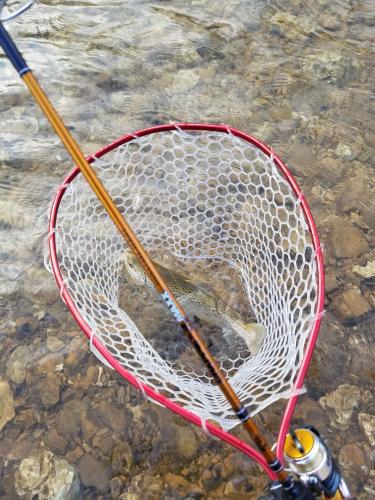 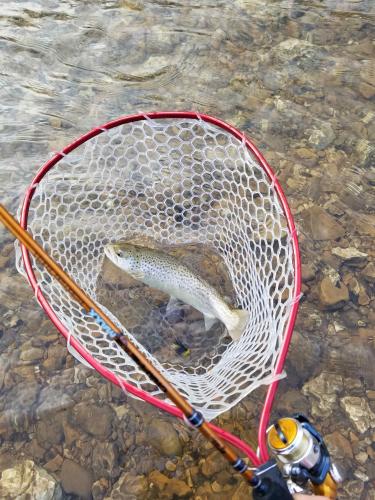 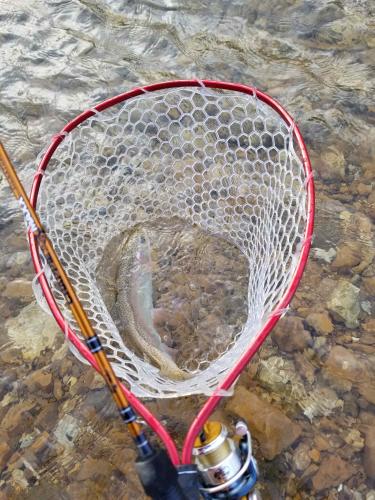 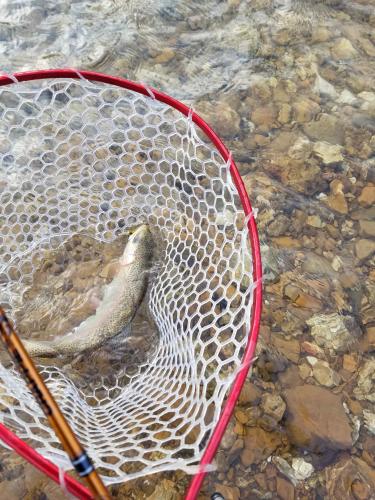