after seeing the water temps go back into the mid 40s' after last weeks drop into the 20's I started watching the lows in temp not just the highs. Sunday night not too bad and forecasted into low 60's for Miami, (not FL) I decided to head that way. Alittle over an hour and a half so not real far but further than Little sac and Galena by a far shot. Planned on going up the Neosho since I didn't have my jet boat available to pass some of the shoals on the upper Spring, (BH declined an early maorning invite).  Got there everyone said it had been happenng up the Spring just a short ways up.  Headed upstream found a small collection of boats just above where the channel split. People fishing didn't see any catching so I thougth I'd wake them up with the A-rig. Thought I felt a hit or 2 but nothing to show. Went to the flicker shad no luck again.  Plenty of fish on the graph so got on top of them and tried some video fishing. After a few attempts bingo. Well bingo but no exclaimation point, 3" would be stretching it. Moved upstream finally caught a big female on the FS. I kept switching around hoping something would click. When you see that many targets below you it makes it hard to stay with anything very long without a payout. Finally got out the long rod thinking slow and small. Chartruese/white and purple and gray clousers didn't do it. Ended up with 9 total keeping 6, 4 females in the bunch. WT was steady at 55 till I left around 2  Weather only got colder as the day went on. 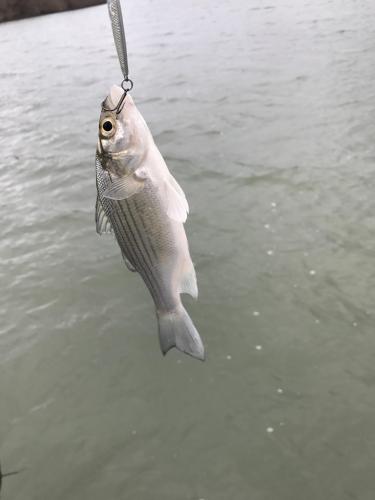 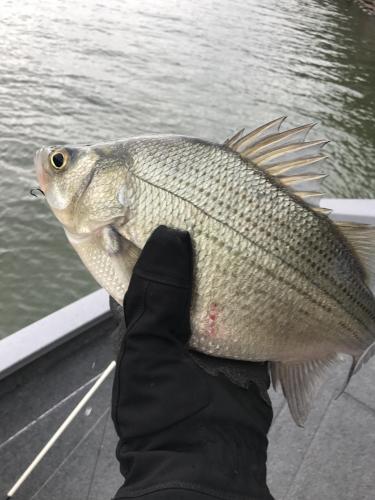 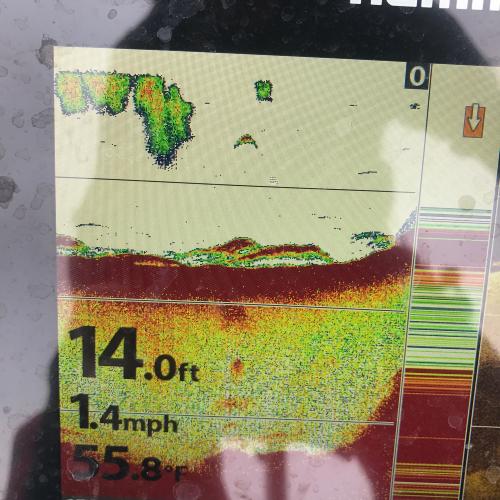