I have been out several times since my last post, by myself and with the grandkids. Well it finally happen to me, i buried a treble hook in my finger and one in my leg. The first happened when I was trying to remove a lure that got hung up in one of the bungee cords on my kayak. As I was trying to removing it from the kayak, I buried in my finger, passed the barb. I'm standing waist deep in the river with one hand stuck to my kayak. So I walked the kayak over to the bank and got to work.  I decided to yank it out.  I knew I had to be committed to the yank. After two yanks it came out. Wasn't pretty but it came out and bleed pretty good. I carry a zip lock bag of first aid stuff, but I now carry a can of  'spray on bandage.' Next trip out was with the grandkids and it happened again, this time in the leg. I tried the yank but that didn't work so I pushed it through and cut off the barb. It did take a little effort to push it on through, but it worked. I have been carrying carry a pair of small needle nose pliers just for this. Bleed a lot less this way. The grandkids got to watch so now when I tell them to be careful .......I was fishing another time and thought I had a fish, set the hook, and nothing. When I reeled it in it had a big old scale stuck on the hook. It was bigger on the river then in the picture. It dried out when I got home. Don't know what it was. And finally, I caught my biggest fish this year. Caught her on a 5 foot, Light action, Ugly Stik. I assume it's a redhorse?  She put up a real good fight. Lot of fun.I also caught smallmouths. Released them all.....Great days on the river 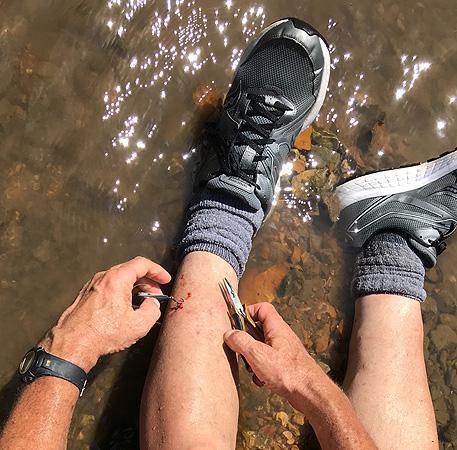 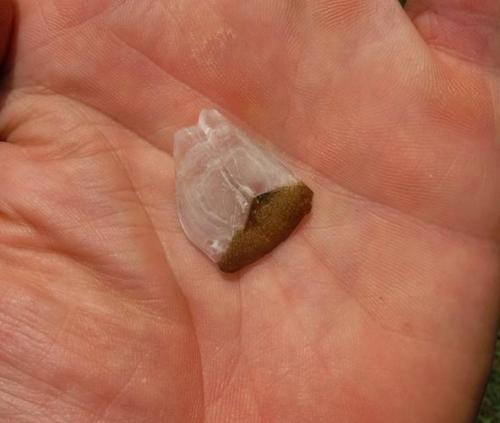 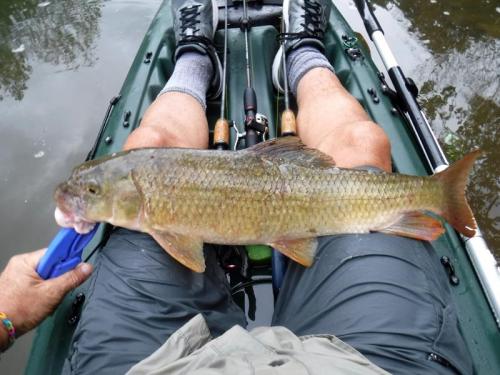 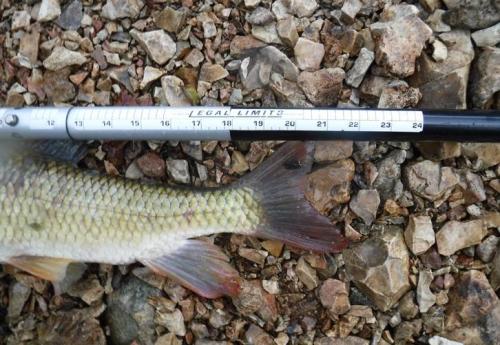