I'd never gone up to Naknek this late... not many people have except locals I'm told.  And even then, didn't see but a couple of boats on the river today.

Stayed at Katmai Trophy Lodge near the "rapids" on the Naknek, owned by the Johnson family.  They also own Naknek River Camp at the head of the river, at Lake Camp.  The camp is closed because all their water lines are exposed, above ground.  KTL is a regular lodge with power (electricity) and indoor plumbing so they could stay open all year, if there was fishing to be had.

I went up to spend time with good friend, John McCloskey, one of their main guides at KTL.  John did a spey casting clinic for us at the resort last December.

John had 3 clients this week from Georgia.  They are clients of his on his home waters in north GA.  Jason, Jane and their 9 year old son John.

John specializes is swinging flies and the Cooke's were there to partake.  The river was a little high and off color due to rains and an east wind.  John says the rainbows don't like dirty water.  Water temp was 43-44 degrees.

We had a variety of weather.  Three days of winds in excess of 40 mph and a couple "breezy" days.  Rain everyday except one.  But temps stayed decent - 45 - 53 degrees daytime and rarely dropped below 40 at night.  Unseasonably warm, but always windy and rainy.  I'd call it normal RAW Alaska weather for late October.

Fishing was good the first day in spite of heavy winds but the bite steadily slowed down each day, like the rainbows were leaving the river.  We were seeing some flesh flowing by but not much.  Nothing else for them to eat really except may be a sculpin here and there.  They winter in Naknek Lake and will migrate there about now.  John says they stated one week too long.  But the rainbows we did catch were impressive.

They swung flesh and sculpins and I threw my spinning gear and 1/8th ounce jigs.  I used mostly 4-pound line but did use 6-pound occasionally.  The bigger the rainbow and easier they were to land, mainly because they were so fat with flesh.

We fished flats - fast water spots with depressions and rocks holding fish and depths not more than 3 feet deep.  That's what made my jig work, they hit it even if it was real close to the surface - and the swing or worked out in front of me.

John played around with the jig and loved it.  He couldn't get over how effective it was.  I know he hooked several rainbows and landed one that I saw.

They caught a half dozen swinging flies.  I know Jason landed a couple pushing 30 inches.

They saw one bear.  I wasn't fishing at the time though so I didn't see it.  We didn't fish any other areas - stay below the Counting Towers and across from King Island.  There were 2 other guide boats out all week with 2 clients each... that's it. 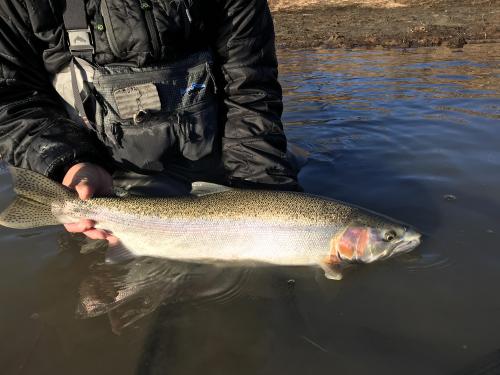 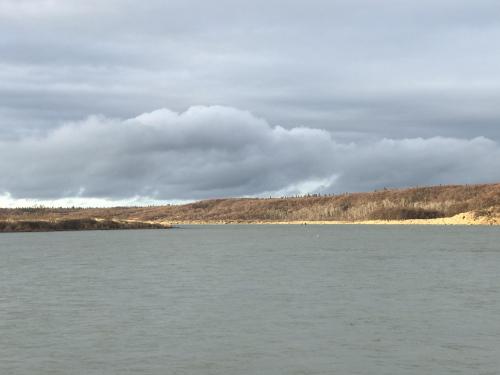 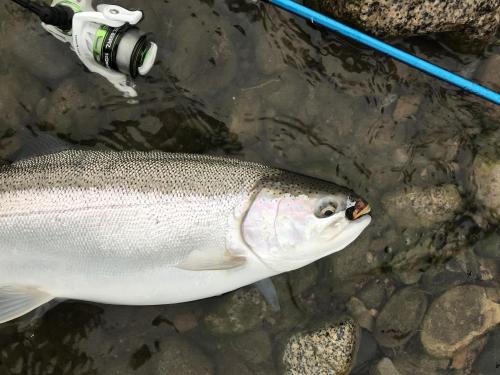 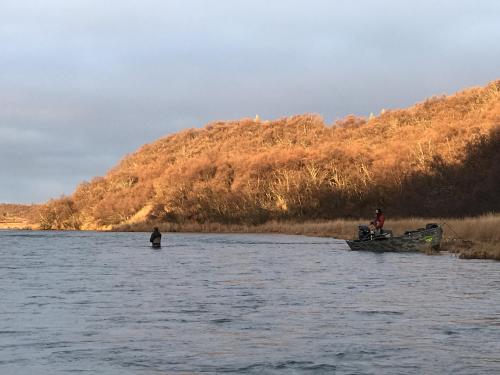 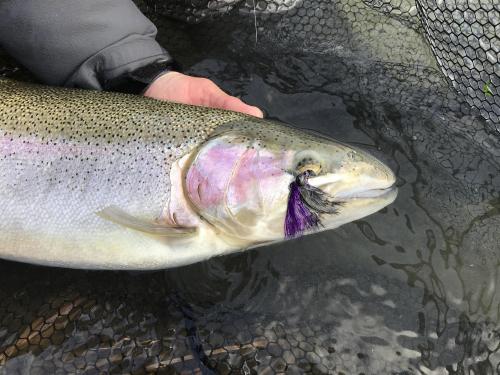 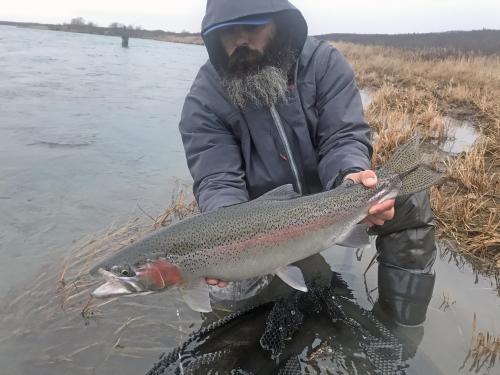 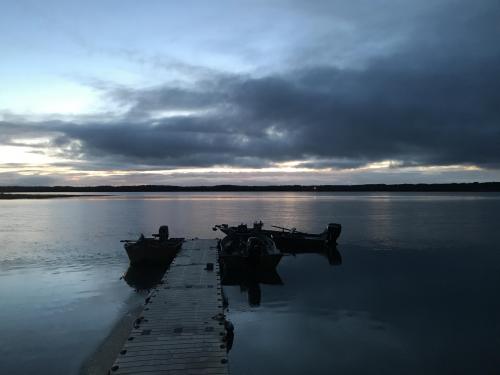 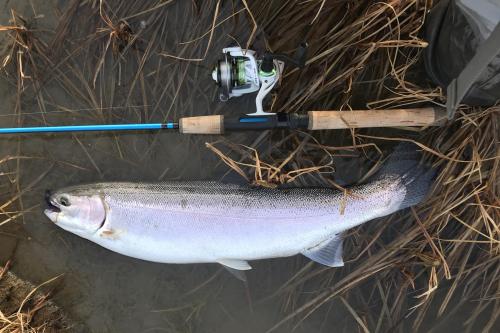 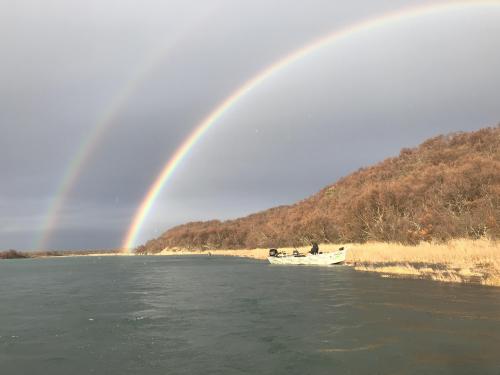 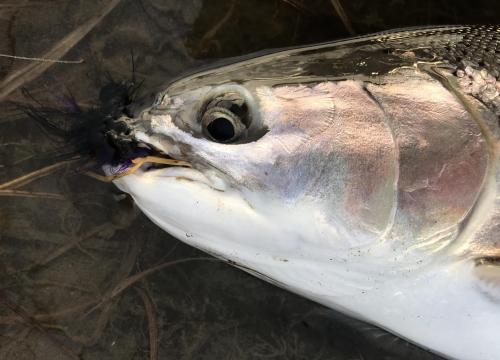 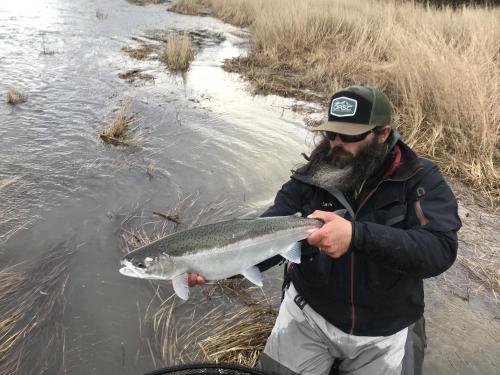 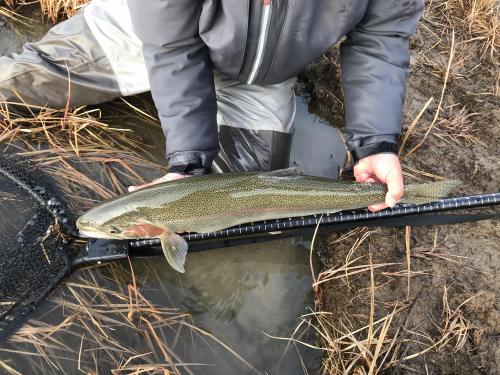 tho1mas, Johnsfolly, snagged in outlet 3 and 4 others reacted to this
Sign in to follow this
Followers 1
Go to articles