It was a bit breezy

Little more about today. I always do these things last minute. I had been thinking about going down to Roaring River for a few days but still I did nothing to prepare. So when I woke this morning it was a bit of a scramble to make sure I had everything, or at least something. I grabbed my main trout fly box. Pathetic. I mean really, do I ever even try? Grabbed a box of midges and my bottle of eggs. While I was waiting on coffee I remembered that Tim from Tim's Fly Shop had made a post on FB about catching fish on a wooly. Specifically a purple/olive wooly. Well I didn't have that color. I had a black one. Yes one. Then I remembered that Ness had sent me a couple from the fly swap. I actually found one of those and rigged up my rod before I left the house.

The drive down was beautiful. But I could tell the wind was starting to pick up. I wasn't worried though, it shouldn't really hurt the fishing.

I made it to the park and did my normal drive through just to see what was up and it wasn't the water. Seemed a bit low but looked really good. I finally parked and started at the lower part of Zone 1. I started off with the wooly and soon had a fish on. Then another. And then the wind really picked up. Flies were being blown upstream and my already horrible casting was starting to get worse. I went down a few holes and then decided to head upstream. Just past the lower bridge in Zone 1 I ran into a guy that had been having some luck on dries. But he said the wind had blown leaves in the stream and choked it out. I was skeptical. How bad could it be? It was bad, really bad. Not many places to cast. So I packed up and headed down to the lower part of Zone 2.

Started off with a rubberlegs and caught one. Tried to convince them to hit an egg and did land one nice fat one on that. The wind wasn't as bad down here and there weren't many leaves in the water. I also noticed that the trout were sipping something off the surface. So I pulled out the mostly empty fly box and found two griffith's gnats. They weren't pretty. What the hell, let's give it a shot. So I pick out a good looking little spot and make a cast. Soon as the fly touched the water a trout took it. Released it and made another cast with the same result. I think I even had one fish take it out of the air before it landed. Brought 7 to hand before I popped that one off on something behind me. Tied on the next one, the last one, and continued to catch fish. I only made it to 4 fish before I got careless and slapped a bush next to me and lost that fly. I searched through my box to find another one or any dry for that matter but there were none. Tied on and caught one on a soft hackle and then decided to give the wooly one more try before heading out. I turned a couple but they were so keyed in on the surface they just wouldn't commit.

As I headed back to the car I realized how freaking cold it was starting to get and yes the wind was still really blowing. Back in the car I poured myself a nice hot cup of coffee and started making plans for filling my fly box and making another trip back down. It had turned out to be a pretty good day. 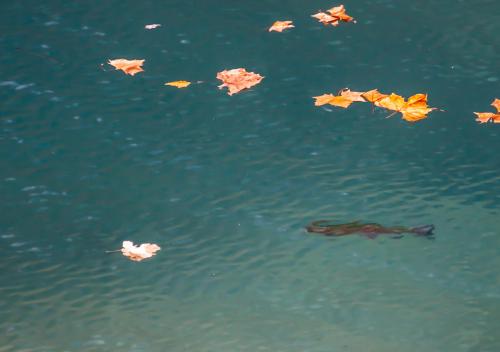 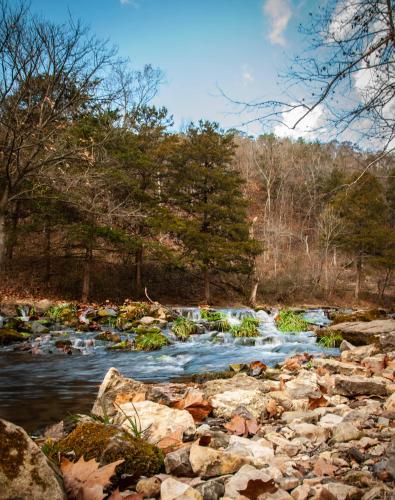 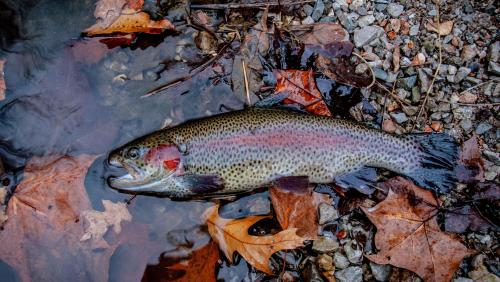 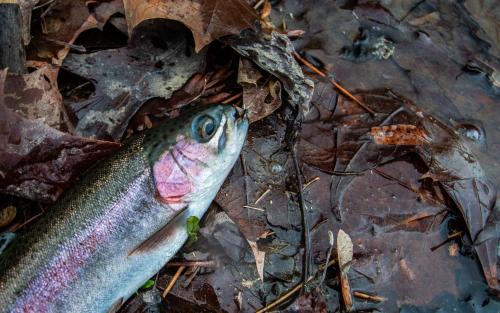 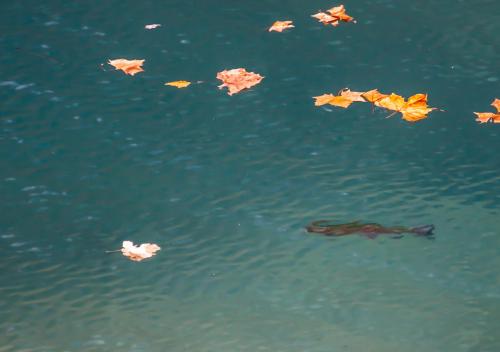 snagged in outlet 3, patfish and Bass Yakker reacted to this
Sign in to follow this
Followers 1
Go to articles