I saw the good weather coming up last week and drove down to Stockton to camp at Cedar.  Put the AlumaCraft in figured to go after walleye, crappies and blue gills.  I never did figure the walleye out; got two keepers, with a bottom bouncer and harness, and jigging a spoon with a minnow head, but few and far between is an understatement.  Part of the problem there turned out to be a great crappie bite trolling, and big blue gills too.  I ended up focusing on them.  And the crappie were overall nice sized too: 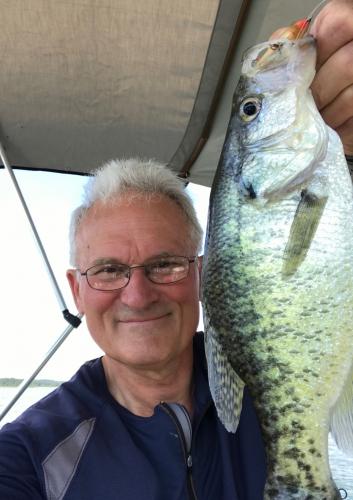 At first I trolled along the steeper bluffs, and got a fish here and there.  I've trolled Stockton before and gotten little so this was no surprise.  Frustrating thought given my setup: 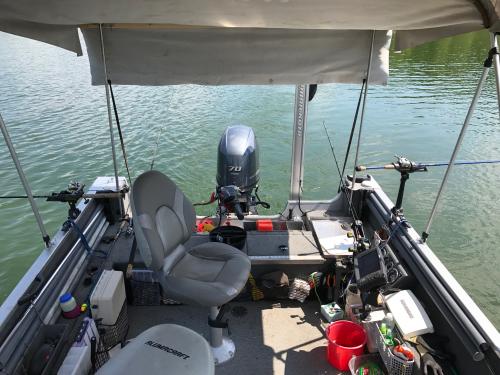 I can troll four rods at one time so that should up my %.  I knew there were fish to be had, from reading this site, and the guys camping down the line from me had a full fish box and they were trolling a couple rods out the side of the boat.  I reconsidered my approach, and after seeing a small mouth throw up a 2" shad as I reeled it in switch to smaller lures, and tried the sloping banks without sharp drop offs.  That paid off.  I ended up focusing my trolling path between 20 and 24 feet.  I ran two rods with dipsy divers, one a bottom bouncer, and one a long line out the back.  I modified that long line by adding a 2 ounce egg weight 5 feet in front of the lure, so it would run deeper and that paid off.  Found that 2mph was a good speed; at 1.6 I wasn't getting nearly as much action.  From my tiller seat this was the view to my left: 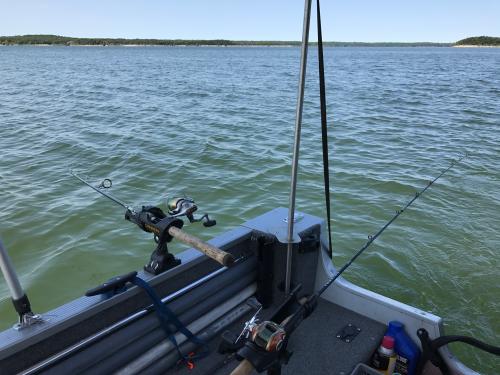 I can easily reach the rods to let line out, take fish in, etc.  When I'm pulling in a fish I'll steer the motor with my knee to keep from slamming the other lines into the bottom by wandering too close to shore.  Man, I had several triples doing this!!  Sure made up for some of the Sahara desert like trips I've had!  As to what that post is between the rods: 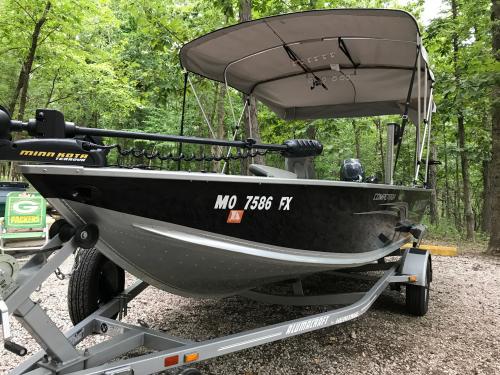 I extended the Bimini top to make a full canopy to the back of the boat.  Rain or hot sun are kept where they belong:  away from me!

Here's the main lure line up: 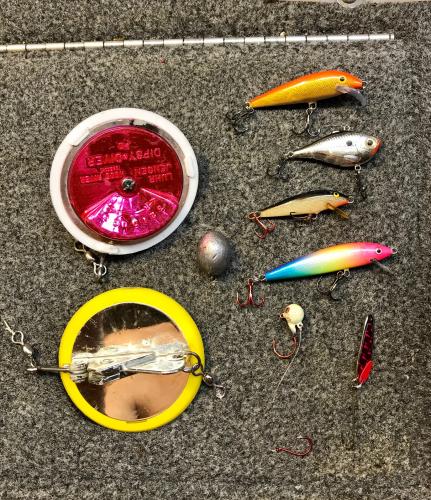 On the left the two divers I used; note the underside of these at top left; you can move the weights so the divers not only take your lure down, but also out to the side.  I had them canted out quite a bit to the side.  Next is the 2 ounce egg sinker; I tried a 1 ounce sinker and didn't have nearly the success with it.  My most successful lures; all had a fast wiggle.  I run about 5 feet of line behind the divers; used to go 7 or 8 but what a hassle that is getting a fish in or stowing the rods.  Those divers put a pretty good tug on the rod; I use 20 pound braid to the divers and 5 feet of 12 to 15 pound fluoro to the lure.  I think you need rod holders to fish the divers as they would wear you out holding on.  A fish will often snap the diver release making it easy to pull up, or you can snap the rod to trigger the release.  You could easily fish a long line with an egg sinker holding the rod out the side of the boat.  Let the line out until the egg hit the bottom and crank up a few times and experiment. 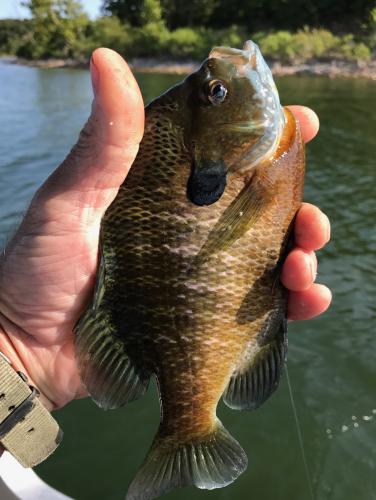 I was also prospecting for bluegill, and found them typically at 17-22 feet around structure of some kind.  The bottom two lures, one recently posted by lmtout, are heavy enough to drop fast to 20 feet, and have the right hooks for gills.  I put a little twister tail on the upper ball, for attraction purposes, and a piece of crawler on the lower smaller hook.  Worked great.  Also, took off the small treble on the red jig and put on a long panfish hook.  Didn't get a ton of these but a couple dozen went into the well.  Bright colors don't always work; I can get lazy and not try different things, but this time I was switching here and there, and who would have guessed that bright rainbow and flo orange would be hot?  We all know how quickly conditions can change, but in the meantime maybe this helps get a few extra crappie.  Those big ones were 12+"; man that is a fun fish to catch! 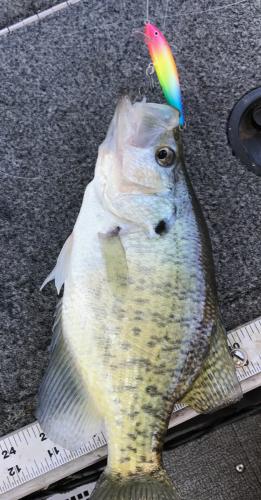